Bryan Taylor, Canyon County Prosecutor, announced today that Mac W. Henderson, age 58, of Caldwell, was sentenced by the Honorable Christopher S. Nye on two felony counts of Lewd Conduct with a Child Under 16. 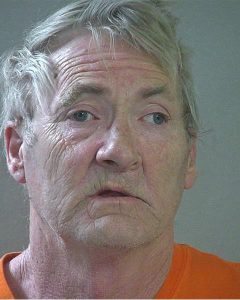 Judge Nye sentenced Henderson to 15 years fixed, followed by 10 indeterminate on each count.  The sentences will run concurrently for a total unified sentence of 25 years in prison.  Judge Nye also ordered Henderson to register as a sex offender, submit a DNA sample to the Idaho database, and have no contact with the victim or any minor children for the duration of the sentence.  Henderson was also ordered to pay a $5,000 civil penalty.

Henderson was arrested in December 2018 following an investigation by the Caldwell Police Department that revealed he had sexually abused two young victims numerous times over the course of many years.  According to police, they received a tip from the Idaho Department of Health and Welfare after the two victims disclosed that Henderson had been sexually abusing them since they were approximately five years old.  In follow up interviews, both victims informed detectives that Henderson also forced them to watch pornography and child pornography with him at his Caldwell home.  Henderson later admitted to sexually abusing the two victims and told police at the time, “this goes back years, I should have been taken in back in the late 70’s.”

“Mr. Henderson used his position of authority to groom these two young victims and take advantage of them for his own sexual gratification,” said Prosecutor Bryan Taylor.  “And by his own admittance, this wasn’t his first time.  There is no doubt that he belongs in prison where he can no longer prey on young children.”