Bryan Taylor, Canyon County Prosecutor, announced today that Joshua A. Hays, age 36, of Nampa, was sentenced by the Honorable Thomas W. Whitney for the felony crimes of Rape and Burglary.  Hays was found guilty of both charges following a jury trial in December. 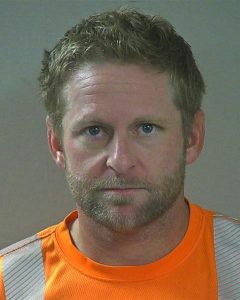 Judge Whitney sentenced Hays to 17 years fixed, followed by 18 indeterminate on the felony rape charge, and 10 years fixed on the felony burglary charge.  The sentences will run concurrently for a total unified sentence of 35 years in prison.  Judge Whitney also ordered Hays to register as a sex offender, submit a DNA sample to the Idaho database, and have no contact with the victim for a period of 60 years.  Hays was also ordered to pay a $5,000 civil penalty along with court costs.

Hays was arrested in August 2018 after an investigation by the Nampa Police Department revealed he had raped a woman after breaking into her Nampa home.  According to police, the victim and her friend were drinking at a bar the night before when they ran into Hays, who asked where everyone was going after the bar closed.  In response, the victim provided her home address to Hays.  The victim told police that she eventually went home and fell asleep in the master bedroom.  At approximately 1:00 a.m. the next morning, she woke up to find that Hays had entered her house and bedroom unlawfully.  She told him to get out and she then fell back asleep because she was intoxicated.  A short time later, she woke up to find Hays naked in her bed raping her.  She told police that she told him to stop and physically tried to get Hays off of her, but he continued to rape her for an unknown amount of time.  She was eventually able to lock herself in the bathroom until Hays left the residence.

During sentencing, Judge Whitney stated, “You need incarceration.  You saw her, you wanted to have sex with her, you did.  You carried out the rape in a determined manner.  She attempted to fight you off, but you were determined that the crime would be completed.”

“The defendant in this case invaded the victim’s home in the middle of the night and raped her while her son was sleeping upstairs,” said Prosecutor Bryan Taylor.  “It’s one of the most heinous crimes that I can think of.  There is no doubt that he is a danger to society and belongs in prison.”